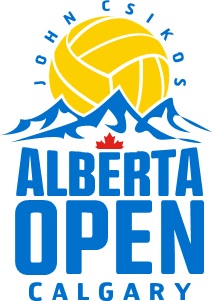 https://youtu.be/tyT5bBZXdl4
Watch how exciting the tournament is!

When talking about Alberta Water Polo there is one name that comes immediately to mind not only for this province, but for water polo communities across the country. That name is John Csikos, a builder of the sport with more that four decades of service and vision focused on bringing the sport of water polo into the lives of athletes.

“Csikos has influenced water polo in Alberta on multiple levels, building the sport in the smallest communities and creating opportunities for high performance athletes and teams that are now well respected at provincial, national, and international levels” said Cori Paul, President of the Alberta Water Polo Association.

“This province has been the great beneficiary of John’s vision, dedication and dogged determination to see the sport of water polo not only played in community pools across the province, but offering opportunities to athletes and teams to engage in competitions and training events that have taken them across Canada, to the United States and as far afield as Europe. These experiences have: enriched athlete lives; seen Alberta athletes receive NCAA opportunities and scholarships; and helped to place elite athletes on the Canadian Men’s and Women’s National Teams”

When Csikos first became involved in the sport as a player in 1971 there were only a few clubs across the province. Today however, Alberta Water Polo has a multi-level water polo structure with many athletes continuing on in their careers to play major roles in our national programs, the NCAA, on the international stage and on professional teams. Although Csikos admits that he focused the majority of his career on developing water polo at an elite level, he always understood the importance of athlete development and expansion at the regional and club levels. The changes that the sport has seen over the past few decades are remarkable and have much to do with the influence, expertise and dedication by Csikos.

Perhaps one of the greatest accomplishments for Csikos on developing a water polo presence in Alberta was his role in the move of the Men’s National Team Program to Calgary after being centralized out east since its inception. By doing so, Csikos brought an elite level of water polo to western Canada, Alberta and Calgary. Now the home for many international events, Alberta water polo has boomed since becoming the home of the men’s national team. Alberta water polo would not be where it is today without the contributions made by Csikos. As the sport continues to grow and develop, AWPA wants to acknowledge the great career of one of Alberta’s most loyal players, coaches and advocates. Alberta Water Polo Association hopes to see everyone at the 2015 John Csikos Alberta Open.